We have an experienced, talented and dedicated team with backgrounds in tax, audit, finance and accounting, succession planning and law. We can respond to opportunities, assess challenges, develop solutions and leverage relationships. The primary languages in our office are English and Czech, but other languages in which we work include Dutch, German, French, Polish and Russian.

Henk is a Dutch national, resident in Prague, who has also lived in the United States, Hungary and Bulgaria, and who primarily deals with international and CEE inbound projects.

Former global equity partner of one of the UK "magic circle" law firms and head of its central and eastern European tax practices. Former tax partner at one of the "Big 4" audit firms. Former assistant-professor of tax law in the Netherlands. Referred to in Chambers Global as having "an impressive range of experience in advising multinational companies in the telecoms and IT sectors". Has advised clients from various industries on local and international tax issues relating to mergers and acquisitions, restructuring, greenfield investments and privatizations.

Member of the Dutch Chamber of Tax Advisors, the Society of Trust and Estate Practitioners, the International Tax Specialist Group and of the Association of Certified Fraud Examiners. 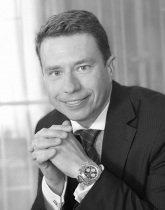 Petr is a Czech national, residing in Malta, who has also lived in Germany and who deals primarily with Czech domestic and outbound projects.

Former Head of Tax of the Prague office of one of the UK-based "magic circle" law firms. Czech tax associate at another UK-based law firm responsible for tax advice to the financial services industry. Tax manager at one of the "Big 4" audit firms in the Czech Republic. Referred to in Chambers Global as "an excellent consultant for tax planning and investment incentives". Has advised clients on tax issues relating to foreign direct investment, corporate, real estate, capital markets and banking transactions, including mergers and acquisitions of public and private companies and debt financing.

Has a civil-law degree from Charles University, Prague and a degree in economics from the University of Economics, Prague (VŠE).

Member of the Czech Chamber of Registered Tax Advisors, the Czech Association for the Support and Development of Trust Funds and of the Tax Committee of the American Chamber of Commerce. 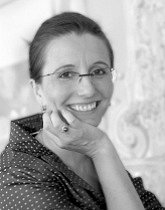 Daniela has been involved in directorship and private affairs governance since 1995, managing the private and business affairs of celebrity athletes and entertainers. She also directs various companies and foundations, and acts as trustee. At CEEtax she specializes in personal, estates and IP management for our clients.

Formerly working for the Czech Ministry of Culture, leading the project for transformation and merger of the Czech National Theater and the Czech State Opera. This included analysing the internal structures of similar cultural organisations all over Europe, comprising governmental organisations as well as private foundations. She was executive director of the international exhibition Orbis Pictus on behalf of a private family philanthropic foundation. Former CEO of the first and only private copyright agency in the Czech Republic AURA-PONT s.r.o., representing and managing a.o. the business and private financial affairs of the country’s president Mr. Vaclav Havel; director of various Foundations; managing IP matters in the artistic and IT field, including all practical aspects of the administration of foundations and endowment funds. Former general manager of the PKF - Prague Philharmonia. 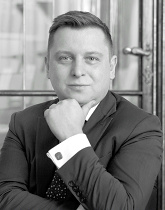 Stanislaw Pelczar is an experienced international lawyer qualified in 2007. He has a Master of Law degree from the University of Wroclaw, faculty of law. He is a Polish national based in Cyprus who has also lived and practiced in Poland, the Czech Republic, Malta and the United Kingdom. He is the former head of legal practices in some prominent top-tier London law firms.

Stanislaw has extensive experience in managing teams and practices of international firms across Central and Eastern Europe and in the UK. His major focus has been on cross-border structuring, mergers and acquisitions, international roll-out, and commercial compliance. Stanislaw advised a number of globally recognised brands, corporations, and high profile individuals, leading or participating on a matter management level in many transactions spanning the globe. He has coordinated legal advice to some of the world's leading corporations across many European jurisdictions.

In addition to his corporate, tax, and commercial experience, Stanislaw has been successfully advising clients on privacy and reputation matters (incl. GDPR), having international experience as lead counsel in both contentious and non-contentious matters, winning cases before high courts, Supreme Courts and Constitutional Tribunals.

About us
Founded in 2004, CEE Tax Group is a privately-owned, boutique tax law firm.
Site navigation
Connect with us